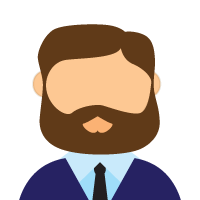 Hello, my name is Eric and this is my home improvement and energy blog. I am very worried about the impact of climate change on our planet so I have recently taken steps to reduce my carbon footprint while carrying out home improvements. Although I am concerned about climate change, I do not know a lot about green energy solutions so I contacted an energy and environmental consultant. The consultant visited my property and recommended I installed solar panels on my roof. Since I did this, I have seen my energy bills fall and I am so happy to be saving money and the environment.

One of the major challenges facing natural vegetation and bush is weed infestation. Natural and artificial weed species introduced by human activities in an area can pose a significant threat to the survival of the natural vegetation. Thankfully, you can restore native bushes and vegetation through bush regeneration. This is the practice of recovering or rehabilitating bush from an environmentally degraded area or a section that has been attacked by weeds. The process eliminates all the negative factors inhibiting the growth of bushes such that the population of native plants can thrive once again. This can be achieved using the Bradley method. Here is a look at the Bradley method for an additional insight of what happens:

Underlying Principles of the Bradley Method

The Bradley method of bush regeneration began several decades ago and has been in use for quite a long time. Essentially, the technique emphasises a naturalistic approach that allows the native bushes and plants to re-establish themselves while invasive weeds gradually diminish in number. This relies on three important steps outlined below:

•    Begin with the areas dominated by the native plants – you should assess the area and map out sections that have the highest population of native bushes and plants. Here, there is minimal risk of over-clearing, meaning that you can get rid of all the weeds without tampering with the existing natives. After clearing, leave the healthy natives to continue dominating the section and spreading, while checking after every few months to remove any more weeds that you missed in your initial attack.

•    Move to disturbed areas – after working on the sections that still have a reasonable population of the native plants, move to more disturbed areas. Start with the least affected to the ones worst hit by the invasive weeds. In such sections, the native plants seem to be pushing up against the weeds. Remove the uninvited guests thoroughly over an area of around ten feet, then let the natives grow gradually towards the other infested areas.

Benefits of the Bradley approach

One notable thing about the Bradley approach is its non-disturbance approach. No excavation is needed, and if any, then it is to a very limited extent. There are also no chemicals involved, allowing the bush to recover more naturally than ever.